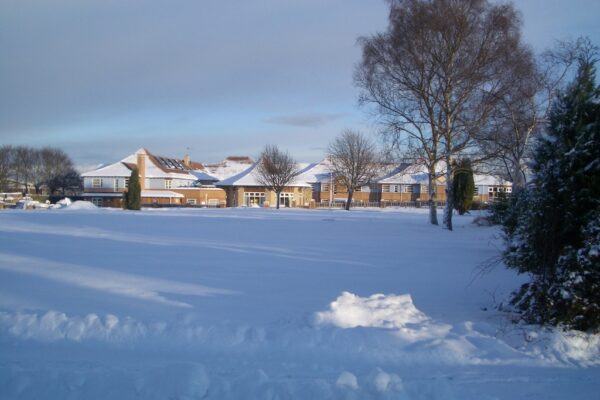 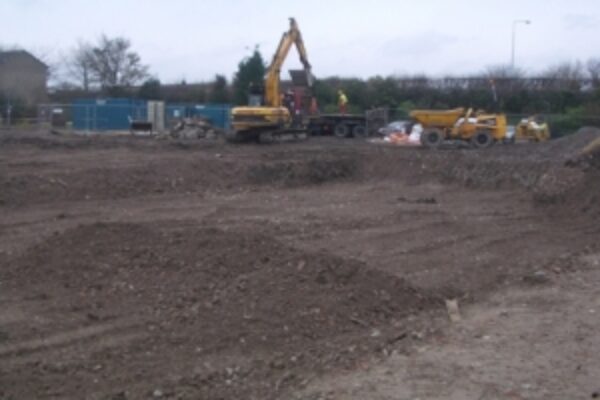 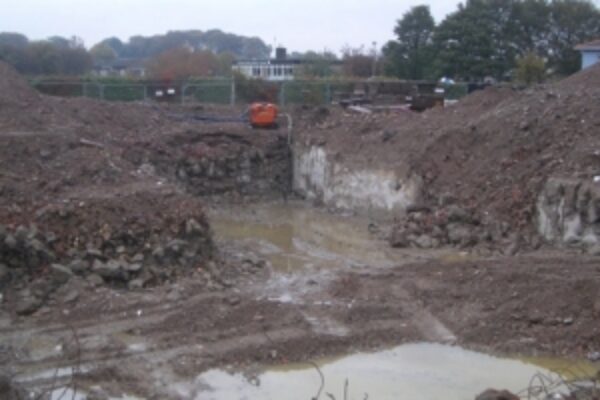 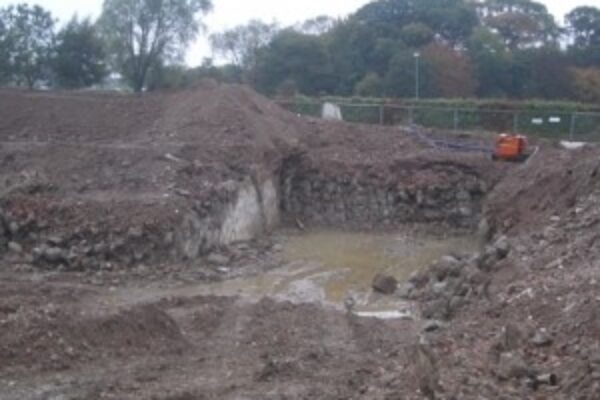 Lithos were commissioned by Miller Homes to carry out a ground investigation on the site of a former care home in Cramlington, Northumberland.

Lithos’ investigation targeted the care home footprint by means of machine-excavated trial pits and trenches excavated to a maximum depth of nearly 4m below ground level.  An intact basement structure, apparently infilled with loose-tipped demolition materials was encountered beneath part of the former care home and represented a significant abnormal development cost for Miller Homes.

Lithos suggested that the most cost-effective foundation solution for plots straddling the basement would be to excavate the demolition rubble backfill and process it on site to produce well-graded granular fill that would allow subsequent ground improvement via the installation of vibro stone columns.  This approach, which allows new houses to be constructed on shallow reinforced strip footings, was subsequently adopted by Miller Homes.  While it was necessary to remove the former basement walls where they conflicted with new plots or infrastructure, a further cost-saving was made as it was possible to leave the basement slab in-situ.

Lithos were subsequently appointed by Miller Homes to supervise the earthworks, liaising closely with the Principal Contractor, Ground Improvement Contractor and Miller’s Structural Engineer to ensure the works were carried out to the required specification while minimising the impact on proposed plots outside of the former basement footprint.

Finally Lithos oversaw the ground improvement works themselves, and produced a Verification Report describing in detail the full extent of the works carried out.