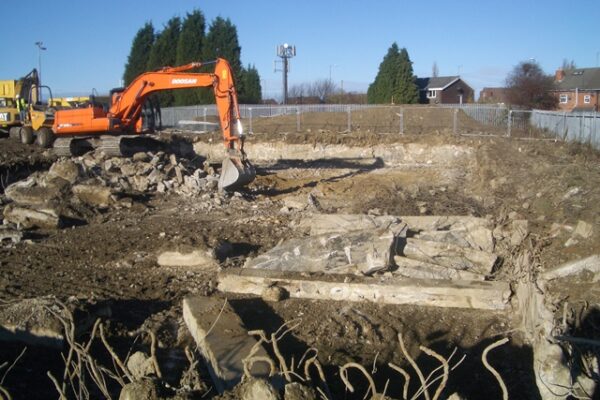 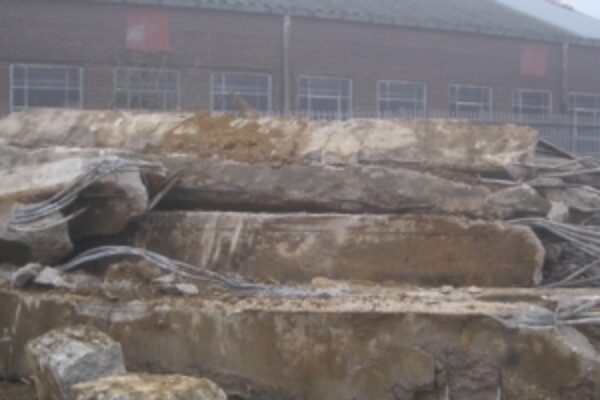 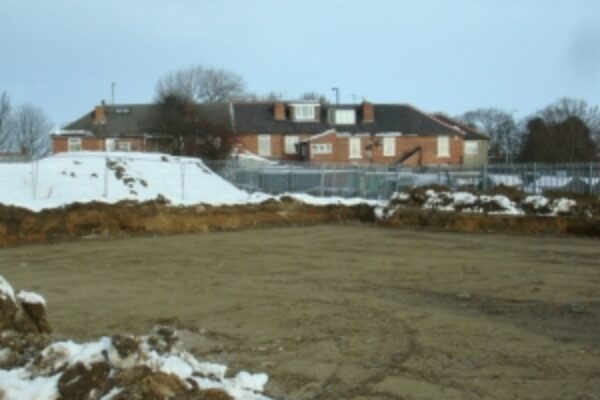 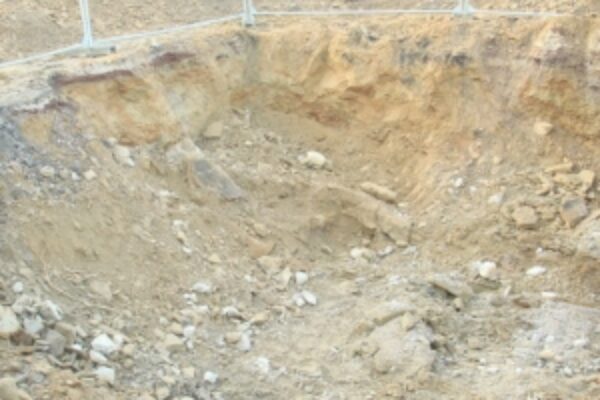 Initially Lithos carried out a ground investigation of this two acre site prior to its purchase for residential redevelopment.  The vendor, Yorkshire Water, had used the site for water storage & supply, and there were two former underground reservoirs in the north.

Lithos’ investigation found that the former reservoir structures were still intact, with a basal concrete slab present at up to 2.5m depth, although the roof of each structure had been collapsed into the void.  Beyond the former reservoirs, the site was found to be underlain by weathered sandstone at shallow depth.  A single area of significant hydrocarbon ground contamination, apparently associated with a former underground fuel (diesel) storage tank, along with some less significant inorganic and PAH contamination of made ground, were identified during the ground investigation.  Anecdotal evidence also indicated the presence of redundant asbestos cement water supply pipes beneath the site.

A remediation contractor was appointed to undertake works outlined in the Remediation Strategy.  These works comprised: excavation & off-site disposal of hydrocarbon contaminated soils; removal of all relict foundations & other below-ground obstructions, including the former reservoir structures and numerous cast iron & asbestos cement water-supply pipes; redistribution of contaminated soils at depth to break a potential pollutant linkage with end-users; and backfilling of the former reservoirs to a specification suitable to support new adoptable highways.

Remediation works were supervised by Lithos Consulting, who subsequently produced a Verification Report to certify that the agreed remediation works had been completed, and that the site was both suitable for residential development and posed no residual risk to environmental receptors.