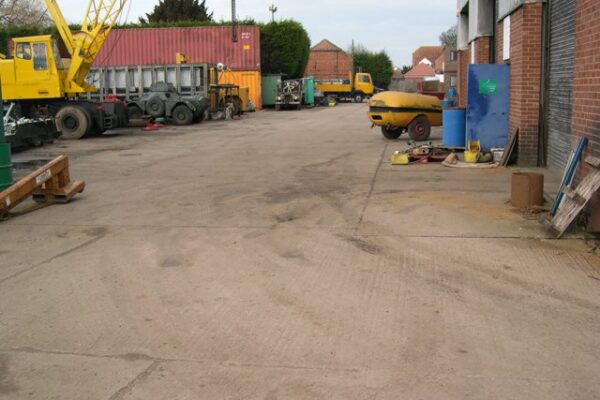 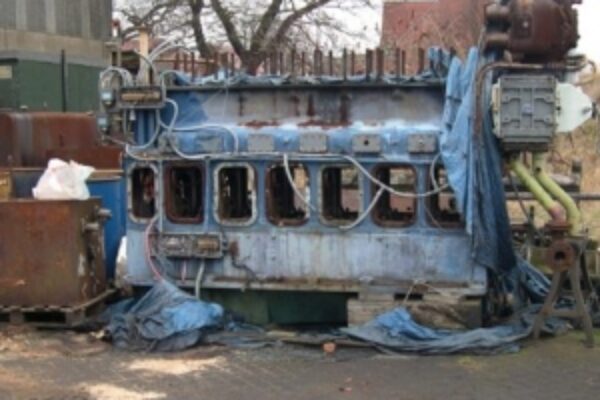 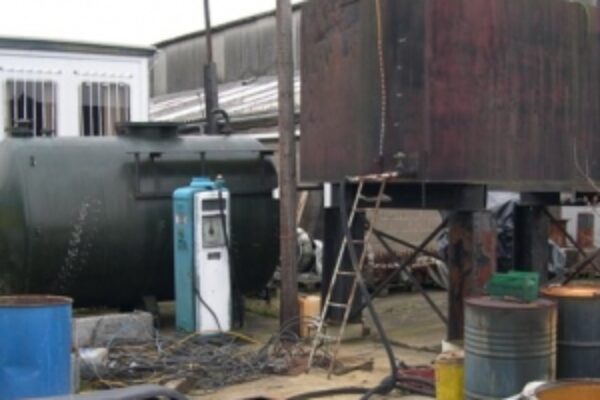 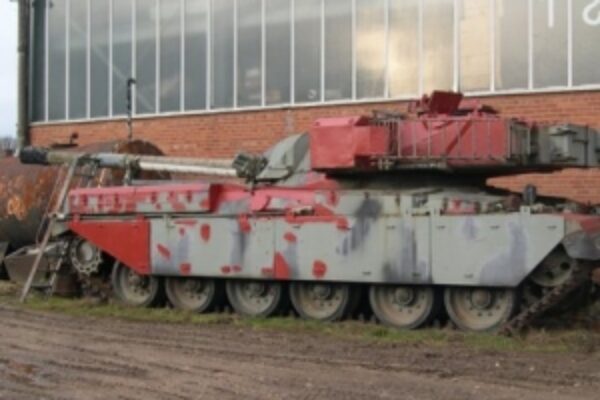 Lithos were commissioned by Bellway Homes, to undertake a site investigation on 4 acres of land near Doncaster; the site was still being used by a company that specialises in reconditioning large diesel engines (used in hospitals, ships etc).

At the time of our investigation, the western half of the site was occupied by three buildings (workshops & storage) and concrete yard areas, used for storage of engines, vehicles and steel containers.  There were several fuel\oil tanks and drained engine oil was temporarily stored in containers before being tankered from site.  Within the yard there was an area used for power washing, with an underground interceptor tank to catch wastewater\oil.

Land to the east was predominantly grassed, and used for the storage of a variety of things, including empty 45 gallon drums, air cylinders and large exhaust pipes.  This land had been purchased in the late 1980s with the intention of expanding operations, but at the time of purchase, was 2m to 4m lower than the developed site – a consequence of former sand & gravel quarrying operations.  Immediately after purchase, levels in this area were raised by importing approximately 46,000 tonnes of overburden from a nearby quarry.

Review of geological plans showed the underlying strata to comprise Old River Gravel, over Sherwood Sandstone (a Principal Aquifer).  The site is also situated within a Source Protection Zone as designated by the Environment Agency, and consequently its environmental setting is of high sensitivity.

Lithos’ site investigation included: trial pits to determine the nature of soils underlying the eastern half of the site; dynamic probeholes to assess the strength\density of imported quarry overburden; and window sample boreholes to install monitoring wells and enable ground investigation of the western yard areas.  Actual ground conditions encountered in the exploratory holes comprised a veneer of mixed “old” made ground in the west, and about 3m of imported quarry overburden, which was very loose at depth, in the east.   Natural strata underlying the site are medium dense and dense gravelly sands.  As expected, significant hydrocarbon contamination (primarily diesel range organics) was identified in the vicinity of the oil interceptor\power wash\waste oil storage area.

Lithos’ comprehensive geoenvironmental appraisal report provided Bellway with sufficient information to estimate abnormal development costs associated with the ground (i.e. foundations, contamination and remediation, gas protective measures etc).  It also provided a document suitable for submission in support of a planning application for redevelopment of the site with housing.